KCTV5 News – His name is synonymous with Kansas City and the sweet sounds of his saxophone are historical.

KCTV5 News – Since early this month, KC has been celebrating the great KC jazz musician Charlie Parker’s 100th birthday. Today, here’s how some young musicians were trying to keep his legacy alive in the city.

Even in the midst of COVID-19, his life and legacy are still being celebrated and carried forward at the American Jazz Museum.

Through the end of 2020, visitors to the American Jazz Museum can not only view the permanent Charlie Parker exhibit, but also a special temporary one in the building’s front exhibit hall.

Kessler said Parker deserves all the recognition he can get.

“One of the most talented musicians ever on the planet, as far as I’m concerned,” he said. “He was a genius.”

The special exhibit is part of the 7th annual “Spotlight: Charlie Parker” event, made even more special by the centennial of Parker’s birth.

This year, it includes special performances all month long, and another chance to teach young musicians about his music.

“This era, you know, they think, ‘Sounds strange, what’s going on,’” Willie Thornton, board member for the Burnett Music Foundation, said. “Because it’s a different language, it’s a different vocabulary.”

On the wall of the exhibit, there’s a large Parker quote that says, “If you don’t live it, it won’t come out of your horn.”

Atzin Garcia, a young musician who’s taking part in the celebration, only picked up that horn about four years ago. He said he’s trying to live it every day.

Garcia graduated this year and is headed to college on a music scholarship. In a short time, he’s built a deep appreciation for Parker.

“Instead of just four notes, and a pretty chord, that you would hear in a lot of pop music, especially at the time, he added six notes, with things that are really advanced at the time,” Garcia said.

He’s taking part over the weekend in a boot camp for young musicians in the area. They’ll learn more about Parker’s style, have a recording session, and in the end, they’ll join other area musicians in performances on the streets of the Jazz District.

“We want to keep the music alive, not just the players, but people who listen,” Kessler said.

Like everything else, coronavirus has had an impact on the celebration. Saturday’s “Bird Boot Camp” is only open to about 20 musicians, so it filled up pretty fast.

Many other events are being held at the museum to celebrate the life of Charlie Parker, and those details can be found online.

// This is an archived article and the information in the article may be outdated. Please look at the time stamp on the story to see when it was last updated.//

Charlie Parker, the jazz pioneer who created the Bebop sound, would have turned 100 years old in 2020. Parker, who passed away in 1955, is still celebrated annually at the Bird Boot Camp. That weekend music camp for young musicians gathered a small crowd of music students to learn Parker’s style from modern day masters.

Celebrations of this legend’s lifetime won’t stop, even while a public health scare presents a tune no one’s ever taken. This is the sixth year for Bird Boot Camp, and, by design, the smallest crowd that’s gathered for it yet. Organizers said they kept camp enrollment below 30 students, which is a small gathering, compared to the 150 musicians who usually attend.

Christopher Burnett, one of the camp’s producers, said that was a precaution taken with the pandemic in mind.

Burnett, who spent 20 years in the United States Army as a band musician, believes the music matters most. The threat of coronavirus has forced his musicians to perform behind clear plexiglass screens, which provide separation between people.

Burnett’s technique comes from a U.S. Army study related to ties between musical performances and the spread of COVID-19, which, according to Burnett, showed the separation is most vital for musicians who blow into wind instruments.

“We were able to come up with something conducive and useful and safe.,” Burnett said.

Those dividers, in addition to the usual COVID-19 precautions, have provided a benefit Burnett said he didn’t expect. He said it helped his musicians concentrate.

“I don’t see any reason why we shouldn’t take every precaution we can take and to protect other people from the virus that’s going around,” Josh Widgren, an Overland Park, Kan., native who studies at Brigham Young University, said. “I think we can all agree that we want to be safe.”

“In the rhythm section, the bass player and drums are kind of separated out, and we’re used to being closer together. We can communicate better, but we’re getting used to it now, so it’s getting easier,” Miles Clemons, a music student who attends Raytown High School, said.

The Bird Boot Camp is sponsored in part by KC Jazz Alive. The day’s study concluded with an informal concert at the Charlie Parker Memorial, which sits just north of 18th and Vine. Many notable Kansas City musicians volunteered their time for the camp, including Clarence Smith, Bobby Watson and Dan Thomas. 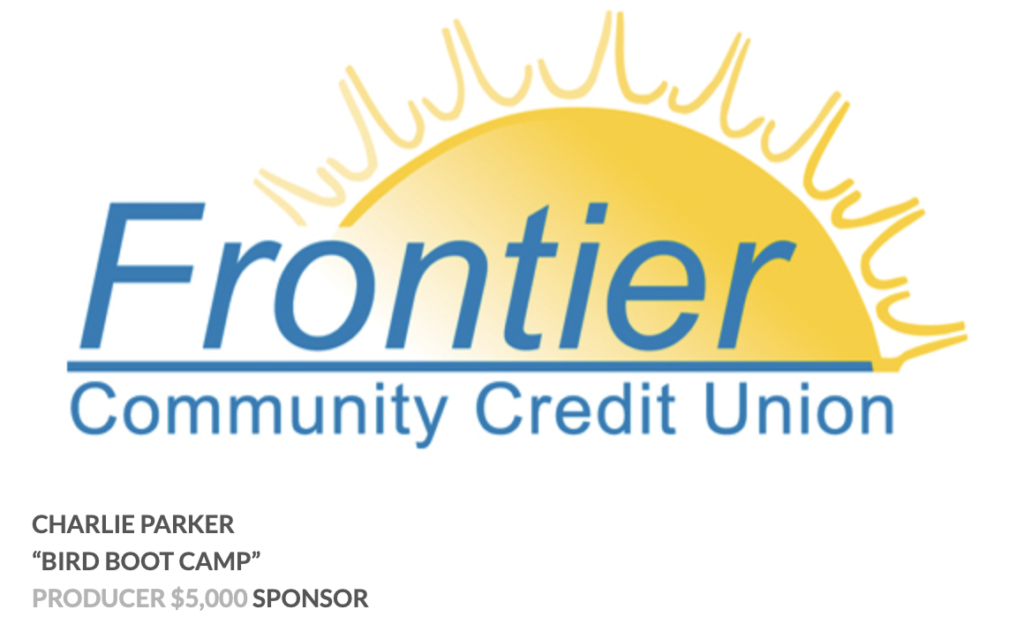 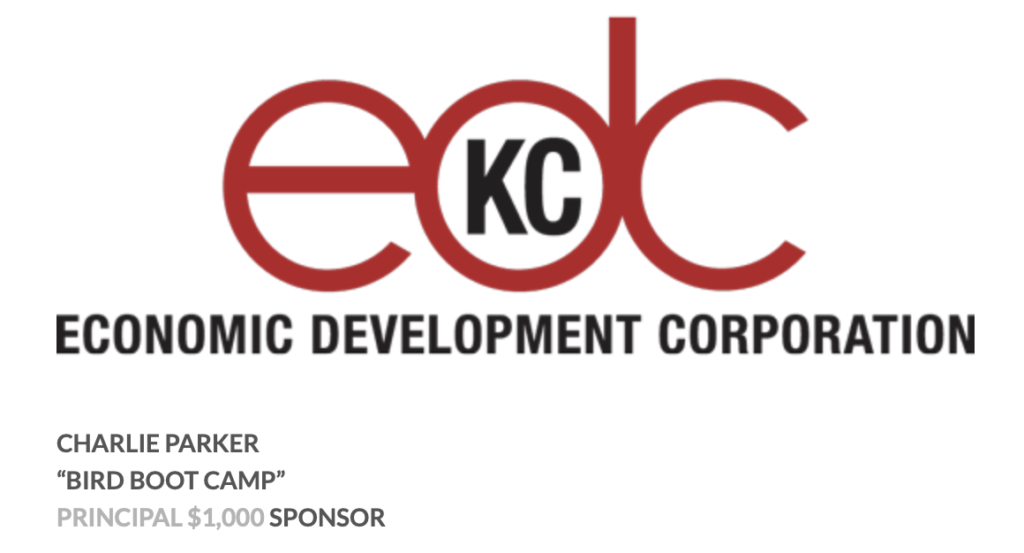 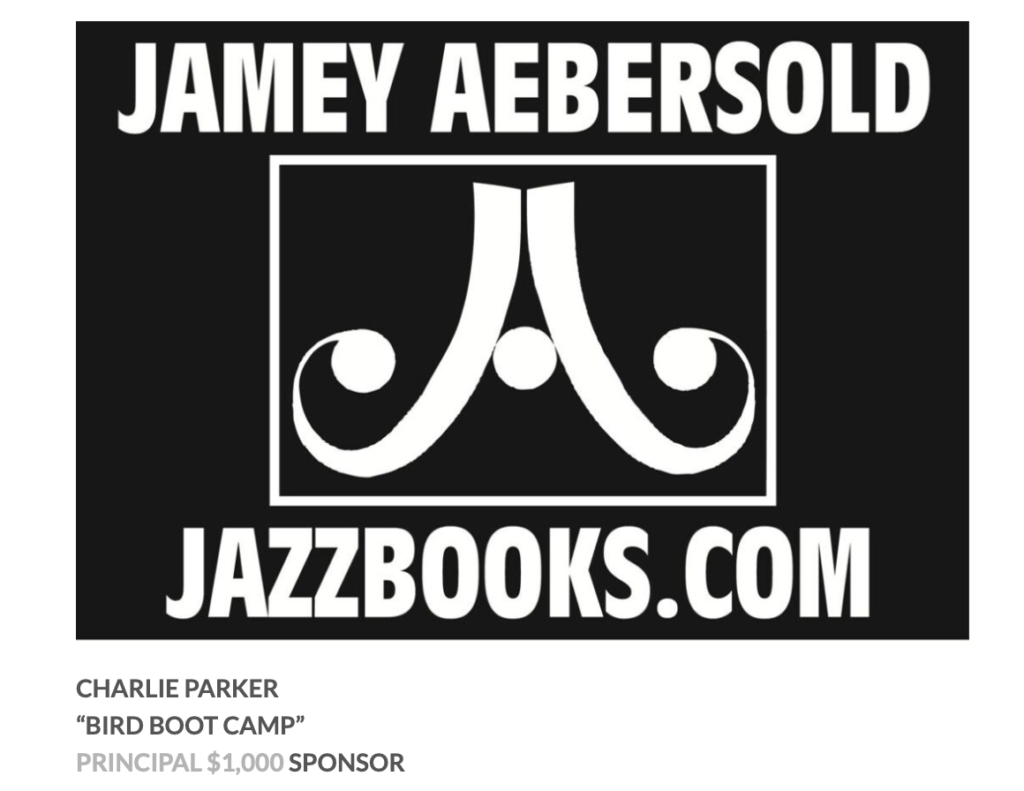